It is written that before the 19th century, telescope-type sighting devices were already on firearms, which could be used for aiming in low-light conditions. By the 1840s, some American gunsmiths had begun manufacturing firearms with optical sights.

Morgan of New York State in 1848. James designed a tube-shaped aiming device of the same length as the barrel. The rear half of the device was fitted with glass lenses and had two crosshairs for aiming. Later, similar sighting devices were used in the American Civil War.

Cemented cylindrical lens supplier believes that sight with real practical value was born in 1904, developed by Carl Zeiss of Germany, and used in World War I. During World War II, sights began to mature. Developed to the present, collimators are mainly divided into the following three categories: telescopic sight, collimating optical sight, and reflex sight.

Among them, telescopic sights and reflective sights are the most popular. The above-mentioned two types of sights are mainly used during the day, so they are collectively called white-light sights (day scope/sight), and there are night-vision sights (nightscope/sight) for night-time sighting. Coupled with night vision devices, and according to the type of night vision devices, they can be divided into low-light sights and infrared sights (also divided into active infrared and thermal imaging).

Telescopic sight. With magnification, we can see and identify distant targets, suitable for long-range accurate shooting. Because it is often used for sniper purposes, it is often called a sniper scope.

The optical system of the telescope sight is still the Kepler telescope system with the image conversion system, as shown on the left. The basic structure is composed of an objective lens, an inverted lens, and an eyepiece, plus a reticle. There are aiming marks on the reticle. You can aim at different distance targets by moving the reticle or using the reticle at different positions. Some sights also have a zoom function, which uses lower magnifications to search for and target close-range targets, and shoots long-range targets with higher magnifications.

Although the basic principles of military telescopes are not different from ordinary civilian telescopes, there are many differences between the two because of different operating environments and observation objects. First of all, their optical systems are different. Most military telescopes have a reticle, and the reticle used at night is also illuminated. The exit pupil distance of military telescopes is relatively large so that observers can wear gas masks. In order to prevent hitting the head when shooting, some sighting pupil distance is as large as 70 to 80 mm, and appropriate soft and hard eye masks and foreheads must be provided.

From the perspective of optical performance and structural performance, military telescopes are better and more reliable, because they are more prudent in design, with superior materials and sophisticated technology, such as good image quality, less stray light, and magnification that matches the entrance pupil size. Achieve the best resolution. The casing of military telescopes is made of metal instead of plastic to ensure that it will not crack or deform after long-term use. In comparison, ordinary civilian telescopes are worse in terms of sealing and materials. Some are not only plastic cases, but even internal lenses are also made of plastic. 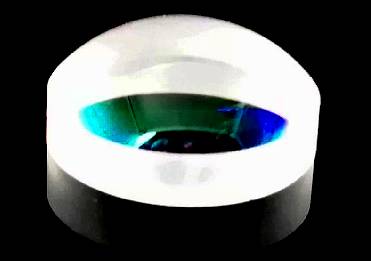 The optical rangefinder is different from the telescopes that use the reticle to measure distances. It consists of two telescopes with a large distance between the left and right. Because the left and right objective lenses have different positions on the target, the image positions of the target on the two object mirror planes also differ slightly.

Measuring this small difference can convert the target distance. There are two methods of measurement:

One is to move the right branch image to coincide with the left branch image, which is called a combined optical rangefinder;

The other is to use the stereo vision of the human eye to take a group photo of the left and right images and compare the depth of the stereo image. The distance measurement accuracy of the optical rangefinder will decrease significantly as the target distance increases. In order to improve the accuracy, the distance between the left and right objective lenses has to be increased, and the magnification of the telescope is increased. Therefore, in recent years, optical rangefinders have been gradually replaced by laser rangefinders.

The Status Quo of Precision Optical Components in the Monitoring Industry